The Burrows design document for the original Fallout, written by Scott Campbell and Brian Freyermuth, was first published in Chris Avellone's Fallout Bible 7. The location it details, the Burrows, did not appear in the final game because Tim Cain felt that its content was not appropriate for the Fallout universe, therefore it is not canon.

For your hot and heavy Fallout 1 behind-the-scenes viewing pleasure, I present some scanned designs of the "Burrows," a location that, along with the Vipers and the Jackals, never made it into Fallout 1. It was designed by Scott Campbell and Brian Freyermuth, so sit back, sip your tea, and enjoy.

And yes, these documents are scanned. Why? Because there's no way I was going to type this stuff out like the Jackals and Vipers in the last update and leave bloody fingerprints all over my keyboard.

The reason for the circled sections below are unknown; I know the FSEF was what West-Tek was called in the original Scott Campbell design documentation, along with Base Omega -> Military Base (I'll try to include Scott Campbell's original Fallout timeline doc in a future update, so you can see the origins of what made it into the final game). You may blame me of this naming terminology if you wish, but it was out of my hands, long ago.

Why didn't the Burrows make it in? Well, according to Tim Cain (obtained through Peter Nelleman/FO-Tank):

Tim Cain: This location was written by an early designer associated with the project. While it was well written, I felt that its content was not appropriate to our Fallout universe, mainly based on its style and feel in the game and not on its artistic merit. So I did not approve its addition to the game, and that Glow holodisk is all that remains of any reference to that area.

Thanks to Tank' for digging that up. 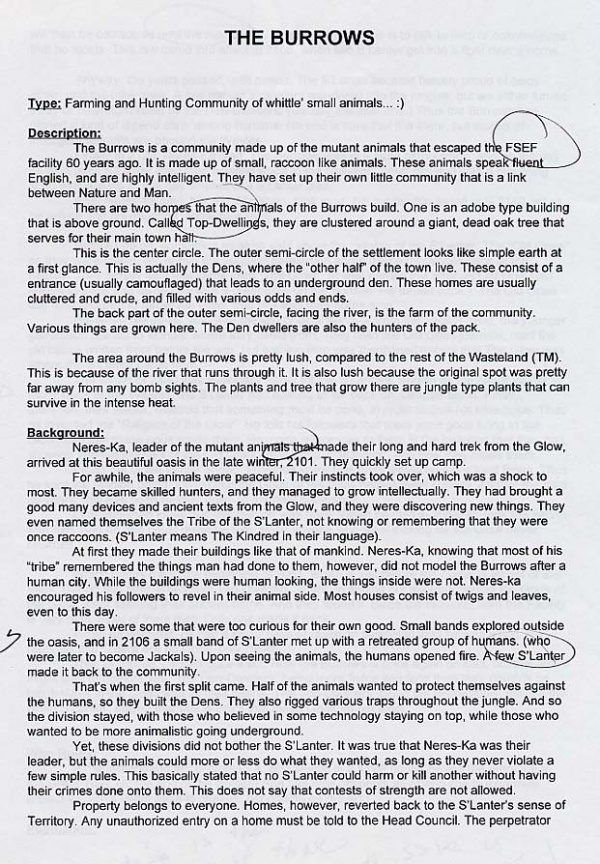 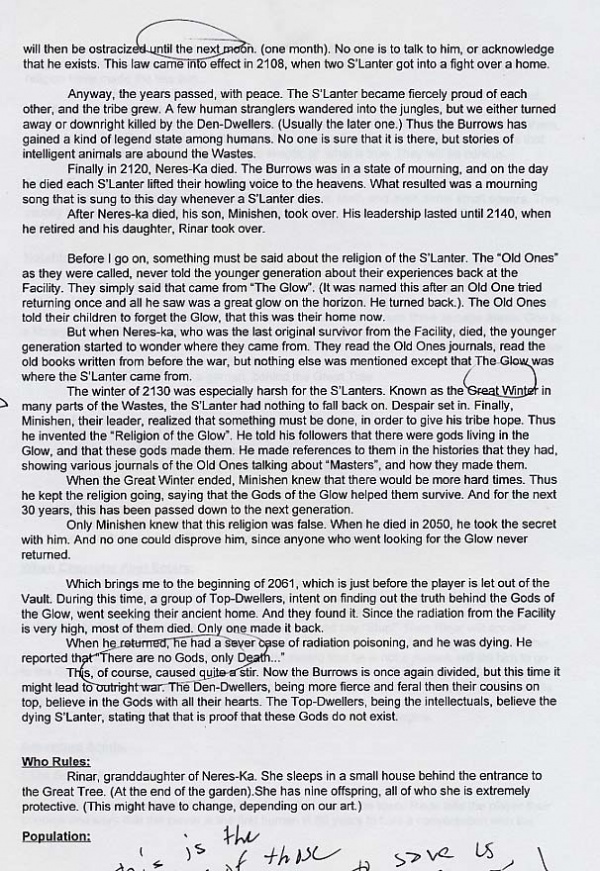 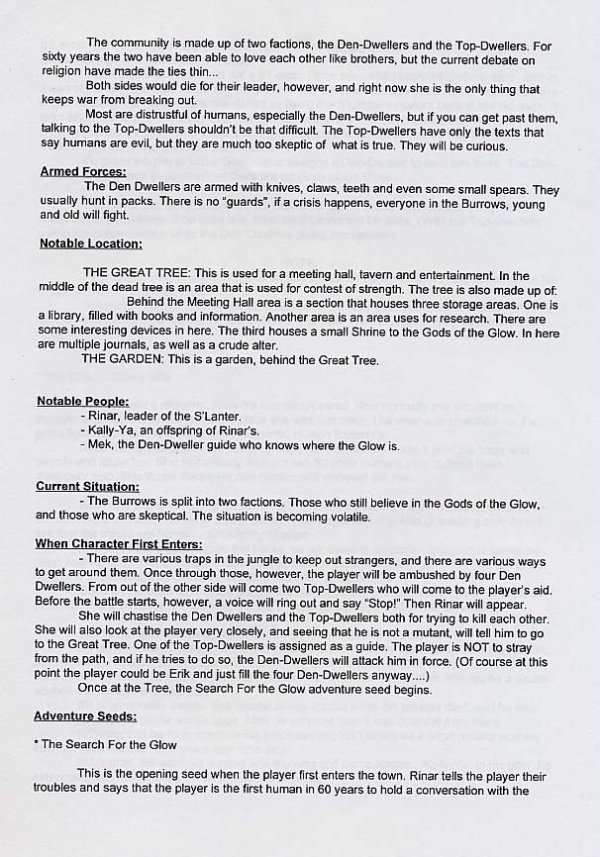 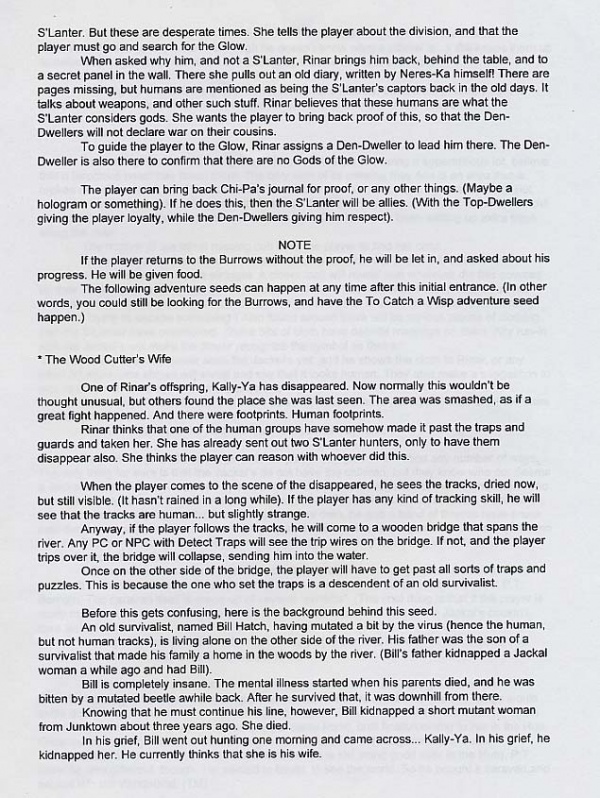 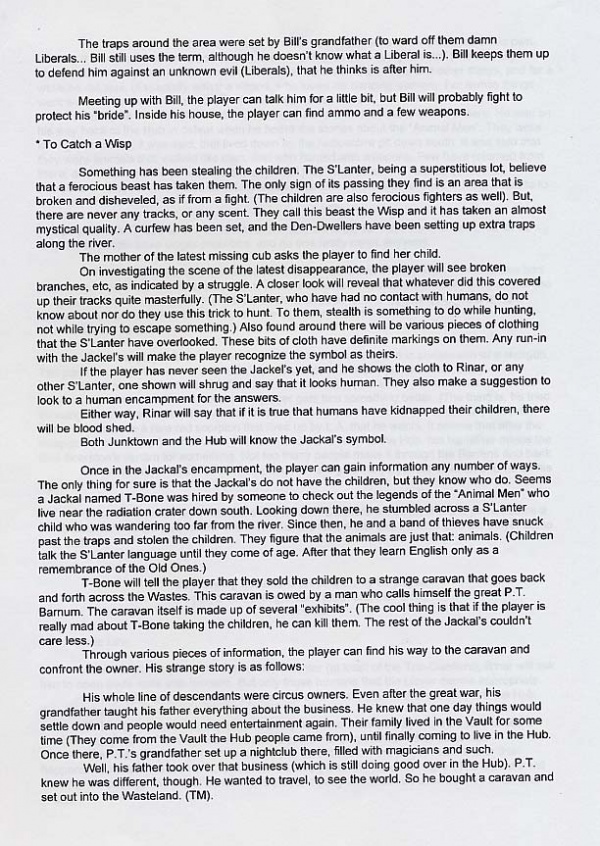 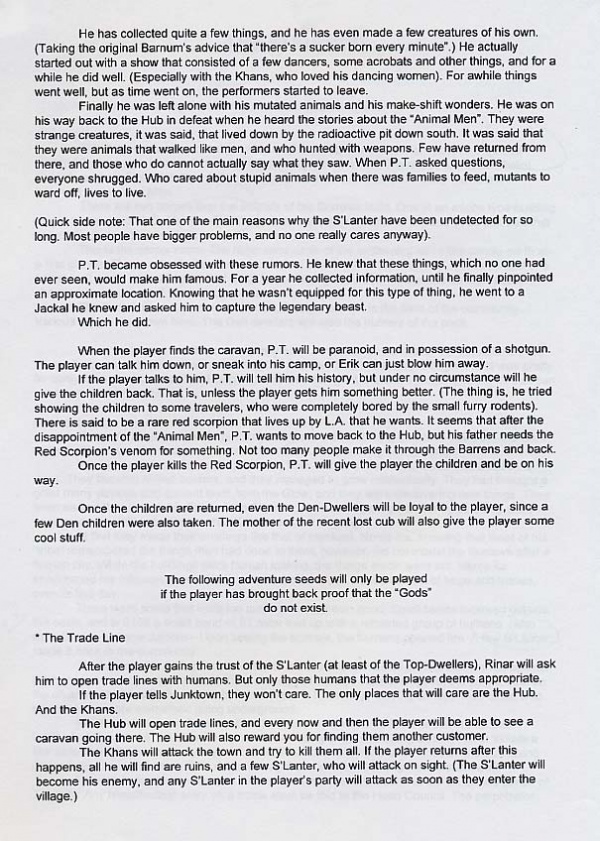