Camouflage refers to using materials, coloration, illumination, or dedicated technologies to make objects difficult to see (crypsis) or disguising them as another object (mimesis). In the context of this article, camouflage refers to patterns used by various organizations (typically military) to disguise their forces. 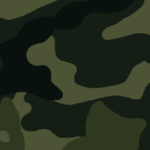 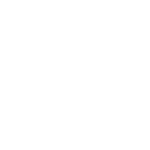 A solid white camouflage pattern for use in winter environments. When applied, it may also produce different hues, up to light blue, depending on the material. 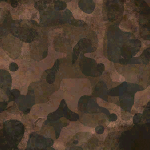 A mix of brown and dark green tones for operations in temperate environments, used by Special Forces operators in Appalachia. 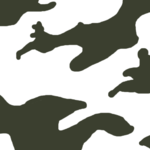 A two tone pattern for Chinese infantry operating in Alaska.

A two color pattern, with streaks of dull green overlaid on a white background, designed for blending in the Alaskan theater of operations. 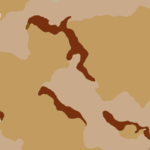 A three color pattern for operations in the Gobi Desert.

A three color desert camouflage pattern, using two basic shades of yellow-brown, accentuated with deep brown, to conceal the operator in the environment of the Gobi. 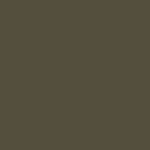 A common shade of olive drab.

A solid color pattern that was used predominantly by the United States Armed Forces for its uniforms and equipment, including armored vehicles and power armor. Various shades of the color are used and their appearance may vary depending on the environment. 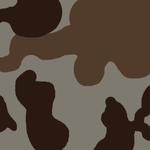 A three color disruptive desert camouflage pattern, using large blots of browns against a grey background to conceal the wearer in arid Asian environments. Developed and used by the United States Marine Corps. 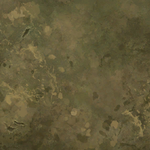