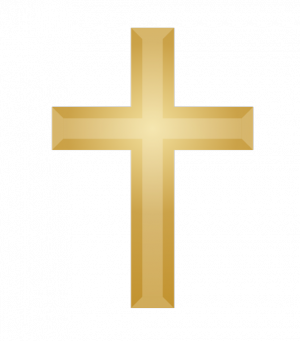 Christianity is an ancient pre-War monotheistic religion based on the life and teachings of Jesus of Nazareth as presented in the gospels and other New Testament writings.

Although Christianity still exists in post-War America, its overall influence seems to have waned. Many new religions have sprung up in its place, and only a few mention Christianity in any context are more substantial than profane. The latter is the case with the Appalachian Enclave. More specifically President Thomas Eckhart who used his position of authority to declare himself president, rather then the flippant tone at creating a machine God, as to establish authority over the Enclave's supporters.[1]

Where Christianity still holds sway, it has scattered into even more splinter groups, such as the Catholicism-derived Saint Monica's Church in Rivet City and the Abbey of the Road, a Christian monastery somewhere west of the Commonwealth. Mormonism still exists as well, predominately in the town of New Canaan.