Right at the start, we recognized the importance of developing decent in-house tools and invested a substantial amount of time very early in the project to producing them. 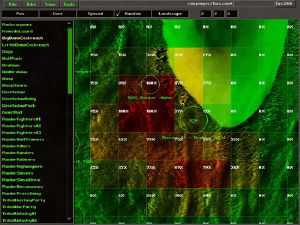 Fallout Tactics Tools is the official editor for Fallout Tactics. The package includes some tools created by Micro Forte and used for development of the game. The package consists of Campaign Editor, Level Editor, Entity Editor and PNG-to-ZAR converter. It was included in 1.27 patch. 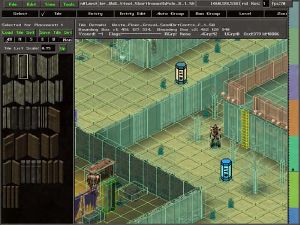 Entity Editor allows to create end edit all types of in-game entities such as characters, vehicles, items etc. Characters created with Entity Editor can later be modified in Level Editor - it is possible to change character level and inventory. This feature can be used to represent character's progress during the campaign.

This tool can convert PNG images into in-game ZAR format. ZAR images are mostly used as elements of GUI and character portraits. It is possible to convert a single file or an entire folder with or without sub-folders.

Campaign Editor was the last tool to be developed. It is used for creating and editing of game campaign. It allows to create a world map, place missions and bunkers, set probabilities for random and special encounters as well as for landscape maps. It's also possible to import the list of prefab characters, recruiting pool, quartermasters and more.