Happiness is a metric of how content settlers are with a settlement in Fallout 4. 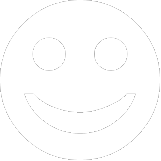 Other than making one feel like a good leader, a high happiness rating results in more efficient working settlers. Higher happiness results in higher food production, more junk from scavenging, and more caps available from from stores. The recruitment beacon will draw settlers faster with high happiness. The game leaves it up to the player to decide how important happiness is, although there is an achievement for getting a settlement up to 100 Happiness.

Happiness primarily correlates with providing for the needs of the settlers. Keeping settlers happy is as simple as keeping all the other settlement resources (food and water, beds, and defense) at sufficient levels. Each of these needs to be at least equal to the number of settlers; power itself does not affect happiness, but is required to operate more efficient machinery.

Going further than that, coming to a settlement's aid when they are under attack and completing quests that settlers provide for you will temporarily improve morale (happiness).

Each need (food, water, beds, and defense) accounts for 20 happiness. Meeting the needs of a settlement's population will allow a maximum of 80 happiness. Increasing happiness further requires stores that increase happiness, as well as pets. The maximum possible happiness is 100.

Having beds outdoors will provide a happiness penalty.

All of the stores except the weapon and armor store provide bonus happiness. The food stall/bar/restaurant provides the most. Higher level stores have a greater effect.

The Wasteland Workshop add-on added the ability to acquire pets for settlements by building certain cages. Domestic cats will provide a happiness bonus. More dangerous creatures will provide a defense bonus. A few, such as the rare gorilla, provide both defense and happiness bonuses. However, the construction of a beta wave emitter is required in order to keep combat capable pets from turning hostile.

The Automatron DLC added the ability to create your own robots using the robot workbench. These robots do add to a settlement's population count. They do require a bed to avoid an exclamation mark next to "Beds" in the Pipboy UI, even though they'll never use a bed.