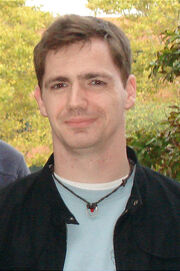 What previous projects have you worked on at Bethesda and elsewhere?
I came on towards the end of Oblivion. Most of the dungeons had been built by then, but us noble few were able to re-vamp some to be more interesting. I also worked on some DLC, mostly Mehrunes' Razor, which I did with another LD, Jeff Browne. Shivering Isles was next, of course, and now we're on Fallout. We've got a lot of big ideas for the game, I can't wait for you guys to get a hold of it.

What have you drawn on for inspiration in developing Fallout 3? Books, movies, music, etc would be fine, if you don't want to name any games.
Talk about enjoyable research. Let's see... Books; The Road, the Postman, the Wasteland comics, The Martian Chronicles, Tank Girl, heh. Film; Testament, The Day After (not tomorrow...), A boy and His Dog - which is really the closest-to-template Fallout film I've seen - the Mad Maxes, some campy 50's flicks, Six String Samurai, Damnation Alley, Soylent Green, Omega Man (gotta love Heston), and of course the games - Arcanum, Bloodlines, Planescape, Fallout 1&2 - obviously all of those, but so many other games that we can be inspired by or learn from - from Zork to Facade to STALKER.

Yeah, and I feel cheesy admitting it, but Apocalyptica really helps me get in the mood to work on Fallout, as well as Ben Hogue's stuff. Hendrix, too, though that's really got nothing to do with Fallout!