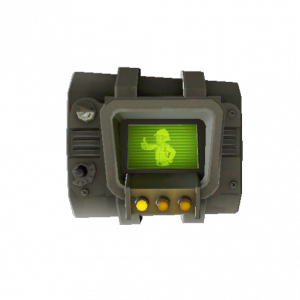 The Pip-Boy is a promotional miscellaneous item in Team Fortress 2, by Valve.

The device is modeled after the Pip-Boy 3000 series produced by RobCo Industries. When equipped, the Pip-Boy features a revised PDA HUD to match the looks of the device.