From The Vault - Fallout Wiki
(Redirected from Portal:Fallout)
Jump to: navigation, search 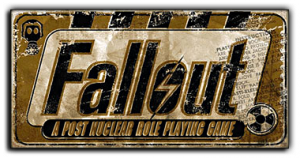 Featured article
Template:Featured article/Fallout Wiki/31
About Fallout
Fallout: A Post Nuclear Role Playing Game is a post-apocalyptic computer role-playing game that was developed and published by Interplay in 1997 and is the first game in the Fallout series.

The game takes place in the year 2161 on the West Coast of what used to be the United States of America, particularly in California. It begins in Vault 13, the protagonist's home. Vault 13's water chip, a computer chip responsible for the water recycling and pumping machinery, has broken. Armed with a PIPBoy 2000 and meager equipment, the protagonist is sent out into the remains of California to find another water chip. 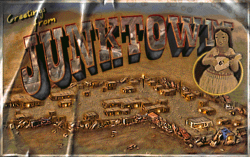 Postcard from Junktown.
The Vault in other languages