Bah, default is green, thus the hidden template is green, if people changed their HUD color then they can just make the giant mental leap required to connect the dots.

See the Critical Hit page. Wait no don't... it looks like its specific to Fallout 1&2...

Well it has always been my experience that if you do enough damage to any one limb even the toughest creatures drop dead. I can't say how it works, but it seems like attacking an already crippled limb does double damage... Attacking the head seems to do does double damage too, which might explain why attacking someone's crippled head always seems to instantly kill them, perhaps it does x4 dmg at that point? I wish we had some real information on the Fallout 3 damage system.


You know how much HP a Deathclaw has? 500. Did you notice that having a Lincoln's Repeater at 49 DMG isn't enough to kill a deathclaw? Well, it leaves it with 4HP.

Just for fun, let's see how much DMG a Gauss Rifle SHOULD deal, with the Better Criticals perk.

YAY! No more guessing and theories :) Post it to the article! 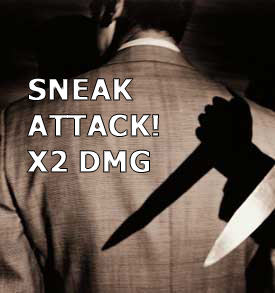 Ha! My wittle theory wasn't so crack-pot after all ;)

Guess the picture I made for this page has suddenly become relevant ;) hahaha!

His test with a Gauss Rifle(90DMG) on an enemy with 50% DR with no Better Criticals perk showed that a shot to the head dealt exactly half the damage of a shot on an enemy with 0%DR. If the critical bonus were added after the armor penalty, it would have dealt 100 more DMG.

So, if i'm,not mistaken, a Sneak attack critical will double the total damage ( Reg. dmg + Crit dmg, then doubling that dmg?) So a SAC wont double the Critical damage alone for a weapon? For instance, Microwave emitter does 60 Dmg base, but has a 100 Crit, it it were to hit in SAC, the Crit would then be 200, thus doing 260 dmg. Correct me please if i'm mistaken--Nosferus 20:54, October 18, 2009 (UTC)

Whatever you do, don't be shocked when the GECK's wrong. The entire weapons list DPS is so screwed up it's beyond repair, I gave up bothering with it on a case-by-case basis and decided calculate it all myself. Then because we have a few GECK fanatics and to aswage my own fears that even base-item-data taken from the GECK might be wrong (it isn't, seems like it's just the big calculations that turned out badly) Fiddlesoup and I have been doing stopwatch trials to back up the data. I'll be glad when we're done with it.

It's nobody's fault for trusting an "official" editor...

I found a much easier way to do these calculations (yay math!)

Can someone add the info for Stabhappy to the list of the weapons there? The dagger has a very high Critical hit perentage and with the right perks (such as finesse and ninja), it can gain a 100% critical hit chance (according to the article). In fact, while you're at it, add Firelance too. With its insanely high Critical multiplier, and with perks like better criticals and pyromaniac, I'm pretty sure that it would be by FAR the best weapon for critical hits. --Clean Up 22:30, 7 February 2009 (UTC)

perhaps it should be noted that mines can be used for a Sneak attack Critical. I accidentally did it against a Metro security robot

Yep, mines are considered silent in the way that the enemy won't be alerted until it explodes. At that point, the damage is already done so it doesn't matter whether they are suspicious or not...--Amitakartok 23:03, 5 August 2009 (UTC)

Either some info is not included on this page, or the damage calculation is wrong for this weapon. The Terrible Shotgun, with a sneak critical, outside of VATS, with all pellets striking and the Better Criticals perk, does over 1250 damage (because it kills Super Mutant Overlords on Normal Difficulty with shots directly to the back of the torso). I realize the discrepancy is not large (or at least, I can't tell if it's large), but I thought I'd point it out. I'm absolutely certain I did not have either perk from Point Lookout that would increase my damage, and I took no Psycho/Yao Guai meat, etc.

with these calculators for shotgun type weapons, are you putting in effect the spread? that would be pretty hard huh. or, are you assuming that you are 1 inch away from the face and assuming that all shots hit?

Surprisingly, the page doesn't point out that instead of double, unarmed sneak attacks (even with unarmed weapons) do five times the damage. Factoring in Perks like Ninja, Superior Defender, Ghoul Ecology, and ahem, Iron Fist, that's a whole lotta punch. Jellybug 03:40, November 18, 2010 (UTC)

If only there was a way for someone to add that information to the page... --Kris

It should be noted that according to the GECK for FONV, most multi-projectile weapons have had their crit dmg lowered to around the same damage as a regular projectile hit, rather than the larger "Full hit" crit numbers from FO3. Thus, in most cases if a "shotgun" style weapon had all projectiles crit, it would be more along the lines of a normal critical hit with any other weapon. Compare:

(Numbers are generally rounded for simplification, but total dmg & crit dmg should turn out close to the same)

The reason I'm not editing the article directly is because I don't know if the #s in the Geck are directly comparable from FO3 to FO:NV, or if the mechanics for checking for criticals on multi-projectile weapons have changed along with the lower crit dmg bonuses. I'm also not much of a tester so I'm not much use in figuring out ways to establish how much dmg this is actually doing in-game, someone may want to look into it.

Is it possible to perform a silent kill (like one with sniper rifle or .22 silenced pistol) with energy weapon in New Vegas? It seems to be impossible..

Is this in Fallout 4?