From The Vault - Fallout Wiki
(Redirected from Talking Head)
Jump to: navigation, search 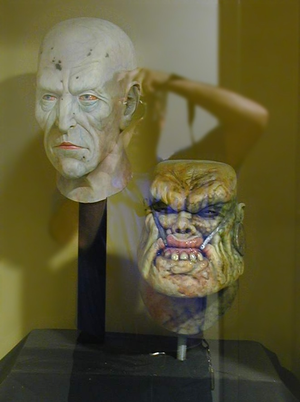 A talking head is a special character in Fallout and Fallout 2, provided with an animated head and voiced dialogue. These characters are rare, but offer an additional look into the aesthetics of the universe and bring the characters to life.

After the team worked out exactly what it was after, a sculptor made a clay head that fit the bill. From there, the artists took the completed head and carefully studied it to see what parts of the face needed to be animated most in order to create a realistic final image. Using a Faro Space Arm and the VertiSketch software, the team digitized the head, and then used theLightWave modeling software to do necessary geometric corrections. Next, texture maps were created in Photoshop and laid onto the modeled head. Finally, the art team began working on the animation.