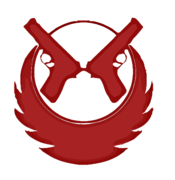 After the death of the Master, the Brotherhood of Steel helped the other human outposts of the Core Region drive the mutant armies away with minimal loss of life on both sides of the conflict. However, a super mutant faction under the leadership of Attis moved east and attempted to recreate the mutant army in Texas using the Secret Vault.

Rhombus, despite some criticism from the ruling council of the West Coast Brotherhood of Steel, started a crusade against the still existent threat of the super mutant army, now led by Attis. Travelling eastwards to Texas, he discovered an abandoned Vault Prototype which would become the Brotherhood's main base of operations during its mission to eradicate the menace of all super mutants.