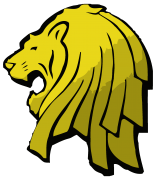 The Van Graffs are a major organized crime syndicate in the Core Region and Mojave Wasteland. A powerful caravan family operating out of Redding in Northern California, the Van Graffs are one of the primary reasons why the New California Republic has had difficulty expanding north. While the Wright family of New Reno trades in drugs and prostitution, the Van Graffs trade gold and weapons. The Van Graffs have also expanded their influence into New Vegas where they sell a wide array of energy weapons to anyone with enough money. They've forged an under-the-counter alliance with the Crimson Caravan Company; the Van Graffs discreetly eliminates other caravan companies in the Mojave, in exchange for the Crimson Caravan undermining the Gun Runners' operations, giving the Van Graffs an advantage in the energy weapons business.