It's a peaceful village. Except for the plants possessed by evil spirits…and of course, the temple of trials filled with those deadly spear traps and the man-eating giant ants.

”— The Chosen One, when describing Arroyo to Renesco

The Temple of Trials is a pre-War structure just outside the tribal village of Arroyo.

The Temple of Trials was built on the ruins of an older Pre-War building, most likely a church or museum. The carved head at the entrance and some of the carvings/wall decorations on the three sub-levels were done by the Arroyo inhabitants.[1][2]

In 2210 the Vault Dweller's daughter takes her mystic test, a key ingredient of which is several pots worth of hallucinogenic plants from Hakunin's garden. She runs the gauntlet in the Temple of Trials, using her charm to pass most of the tests after her handgun jams (and is ruined) on the first level. She offers numerous criticisms of the test, resulting in many revisions.[5]

In 2241 like his mother few decades earlier, the Chosen One descended into the Temple and completed mystic test.[6] 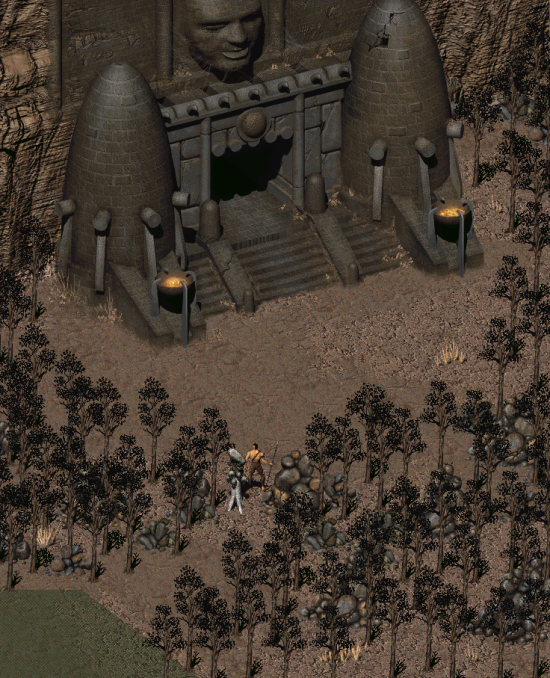 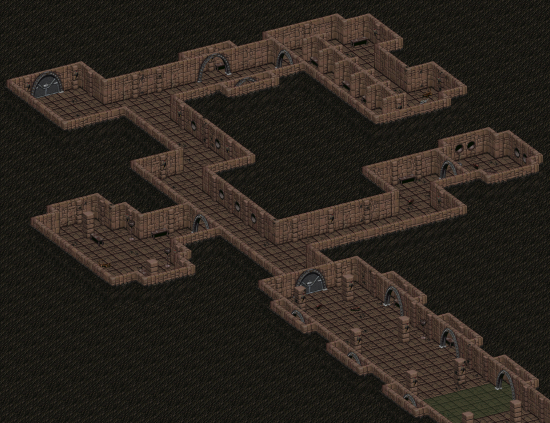 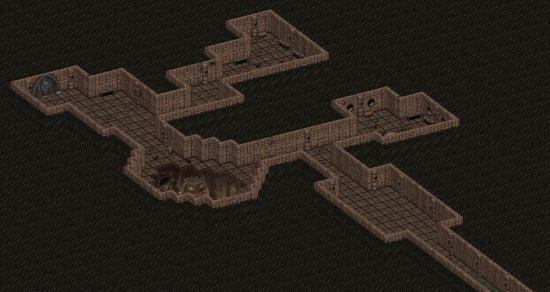 The Temple of Trials is the first area of Fallout 2, and was designed as a tutorial location. It's mentioned in Fallout Bible.