Good evening fellow Vault benefactors, my name is Duncan V. and I've been a member of The Vault since November 2010. I followed interactions on the wiki for nearly a year previously but had not created a profile until then, with the release of Fallout: New Vegas. I have finally gotten around to play Fallout and Fallout 2, and the detail and believability of the entire canon has left me breathless and hungry for more content. Needless to say, while I regret not being able to play the first game in the Fallout series during its original span of influence, I am an eager consumer of all new Fallout content and hopefully I can make many contributions to the Vault very soon.

Unlike many contributors to this wiki, (or perhaps only the ones who are loudest) I am a great fan of Fallout 3 and am prepared to protect my position on the game if need be. Fallout 3 is what brought me to the series, as well as a great host of other players, and without it I would not know anything of my favorite universe. In no way is it superior to Fallout 1 or Fallout 2. In fact, to compare these two totally disparate games in time period alone is preposterous and should not be attempted. I am not suggesting F1 and F2 are better, either. The truth is, they are DIFFERENT, and it is nigh impossible to compare them on any kind conventional scale. I suppose, in the same way I accuse many of clinging to F1 & 2 out of nostalgia, I too protect Fallout 3 out of the same emotion for introducing me to the universe. To amend this, the community (myself included) should look at each game as an individual. Each game should be looked at out of the canon context, as a GAME to be enjoyed. Moving forward, this is how I will consume Fallout content, and I urge you to consider this approach as well.

I claim utter and full responsibility for any and all spelling/grammatical errors and you can whip me as necessary.

I have been asked countless times by countless amounts of people with countless vats of curiosity and mental mettle about the origin of the name Oreoman. I shall reminisce in romanesque Shakespearean...

Lo, twas a midsummer's night where, betwixt the decadent transitory sunlight of the steadfastly earthbound Sol, the highest ranking Decanus of my Legion of BashHead Vivacious Venerable Cadethood Draftees (my crew) sat with me in the basking glow of ye yonder Picture Thrower as we hailed many arrows into the conniving backs of several Rabbling Radical Rebel Incendiary Revolutionaries... (we were shooting terrorists.)

But Alas, my Witchcraft Invisible Cloth Mechanism was ill-suited for ye olde terrainous vindictous where the evil Revolutionaries may lie in wait, leaving meself and me meager battalion quite unextraordinarily visible to our foes as clearly as if we were fleece-colored flax threads strewn across the obsidian heart of yonder ex-mistress! (I had snow camo on in an urban environment...)

As the Decanus and I sat, entranced by the image of the stationary prone forms of our two knights on the Picture Thrower, the Decanus cried:

Lo, King, ye be fucking up the battle plan that ye and yonder battle advisers laid down so carefully! I did not submerge me being into this Holy House of Wisdom and Picture Throwers to tread the battle plan with Cloven Hooves! If I may requisite an audience, your image not be unlike one of an Oreo Blizzard against the infinite darkness of the vindictive terrain above! BAHAHAHAHAHA!!!

”— The King's jester and Decanus, Ckesslr.

And ave, Oreoman was born. 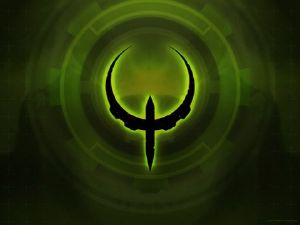 Deathclaws and priceless works of art?