From The Vault - Fallout Wiki
Jump to: navigation, search
“

Whenever ya hear the boss swaggerin' down the hall, you know he gonna drop a double cup on yo tennis balls 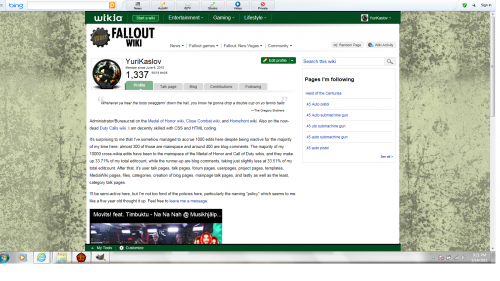 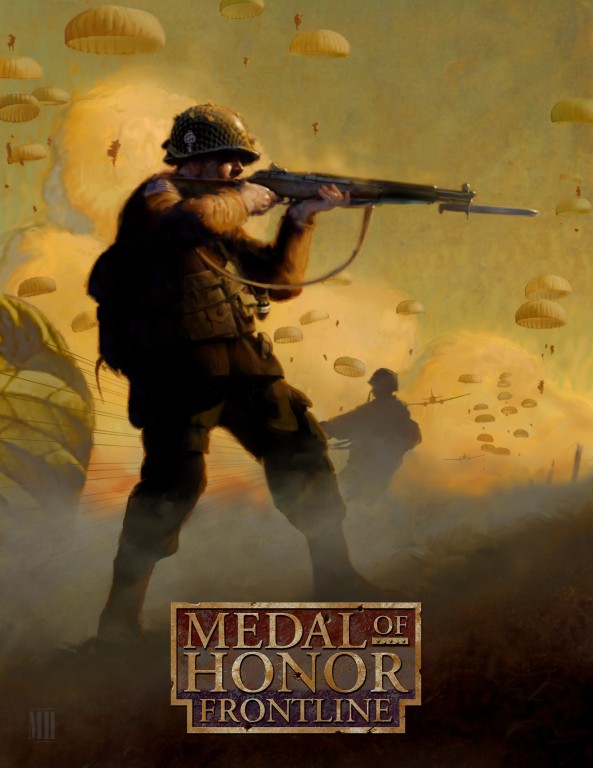 In terms of gaming, I began my 'career' with Wasteland in 1996, I think, though I was a young child and barely remember that game. Fallout (and Fallout 2) really got me into gaming, alongside the RTS Close Combat. I later fell in love with first person shooters with the release of Medal of Honor in 1999. From 1999-2008, I was mostly a first person shooter player, buying every main Medal of Honor, Battlefield, and Call of Duty game. I did, however, stick with strategy games as well, with Rome and Medieval II Total War, and some Command and Conquer games. I also once owned CivCity Rome and Empires: Dawn of the Modern World, both of which were solid games. After Black Ops, I really abandoned Call of Duty, though, and bought a lot more RPGs from 2007 to today, now with Fallout 3, Fallout New Vegas, Dragon Age Origins, Dragon Age 2, The Elder Scrolls: Oblivion, Red Dead Redemption, Mafia II, and most recently LA Noire under my belt.