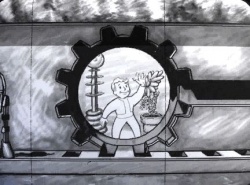 Welcome to our Fallout wiki and thank you for your contributions! I hope you'll stay with us and make many more improvements.

A little help to get you started:

I'm glad to have you here and look forward to working with you!

I know you might be disappointed or angry at me, but a few things your putting in articles are sometimes redundant or already have a separate article.

Two people locked in seperate areas of the Vault (Male and female) and the Overseer is a robot A.I. watching them both. The intentions of the experiment are to see which gender would survive the longest without having any contact with another human being. Nukey (talk) 10:32, June 27, 2010 (UTC) Lets say they took a number of selected individuals from vaults and outside and put them in differrent enviroments like high stress situations and difficult problems like no foodd or gun jams in a fight and see wich individuals do betterRedneckfalloutboy 21:04, June 27, 2010 (UTC) just got a different idea wut if they got ppl that had pshyco pathic behaviour and gave them that drug to see if they could ever function with normal behaviour agin if not they would release them into the deathclaw sanctuary for a showRedneckfalloutboy 07:10, June 28, 2010 (UTC)

You should make a blog to get some reception for the idea.
Oh, and my entry is cannibalized from my Spoony; a vault where the clothes were incredibly flimsy and no shoes were issued. The lights were slightly dimmed and the helper robots periodically dropped pieces of Lego bricks. :P Nitty Tok. 02:04, June 29, 2010 (UTC)

Mind control. People in the vault are trying to be controlled by the Overseer to do as he pleases. Test subjects are injected with doses of a highly toxic drug that contains a small amount of FEV. Though test subjects are known to have mental breakdowns and some are known to spontaneously combust after a few days of being injected with the drug.Shadow 02:34, July 9, 2010 (UTC)

Yeah I know who you are iv seen your user page before thanks for helping futuregames really need the help.!

For a vault experiment why not a have that HASN'T been completely deserted or inhabited by psychotic survivors? How about a vault that is stuffed full of tech and weapons like PC vault mods, like an armoury? Zombies perhaps? Maybe another virtual reality but there is nothing bad about it? You should make the story of how unlucky your character is and everywhere he goes, something bad happens like he offends the most badass raider crew or leads a group of zombie brahmin into town. just some ideas. Matt of the Wastes

You've said that the current information is correct. However, none of the citations claimed actually include any such information about the Vaults being meant to prepare for off-world colonization, or that the Hermes vessels were ever intended at any time to be part of a mass-colonization effort.

Instead, it was built for the first manned Mars mission. It was subsequently converted for a mere orbital mission carrying a reactor to the B.O.M.B. station. The Enclave thereafter began converting the Hermes-13 as an evacuation vessel, but had absolutely no idea where they intended to go with it. All of that is from the "Van Buren" documents.

Please refer me to any link which shows source documentation that supports any serious plans for off-world colonization, as I'd like to be informed what you believe I am missing.

Well, put this in your sandbox,

"Wherein" is indeed a proper word, and, surprisingly perhaps, was actually used correctly in the instance which you edited. It is probably a fancier use of vocabularly than The Vault needs, so no problem with your edit. However, "in which" would probably fit better than "where" in that sentence, without being too fancy. What do you think?--Gothemasticator 14:50, July 17, 2010 (UTC)

And the purpose of it could be to study new rocks forming in volcanoes that are rumoured to be indestructible, which would be good for armour. Tezzla blah blah blah 11:33, July 22, 2010 (UTC)

Hey. I could help but notice that you removed something i added on tranquility Lane on the grounds that it doesn't make sence.

Explain? I just said you can take the Replent stick in to the simulation with you and use it as a weapon. Seeing as (as far as i know\) this cant be done with anyother weapon i feel it should be noted. Granted maybe it would fit bugs better but i fail to see wht didn't make sence about it.

I've voted so don't stabz me,

Hi I'm Enclave. I was reading your book and I really enjoy it. i dont have much time so I only got to the third chapter. try to get it puplished and make a big series. Then I could find a book about fallout thats not the stragety guide. Talk to you later. bye. I'm Audi 5000.

No problem. I love to read so I was all like hey cool. So yeah you wanna be buddies. Hunk is my favorite charactor from Resident Evil. 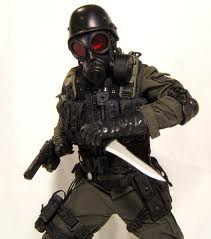 I thnk we should write a fallout series. like we could be author partners. as in writing a series together like I give you Ideas and you write them or something like that.

Yeah, my fan fic story's going alright (more a series of smaller, overlapping stories). I've read your Post-Apocalyptia story and have to say, it's really good, please right more of it soon. Oh, and if you've got any ideas for Vault Villains im open to suggestions.

Out of interest, what part are you reading? Is it the bits i did in the sandbox or the blogs?

Ah, cool. The sandbox was just character bios that got really out of hand, so i just did the whole of Vault Villians 0ne on there (expect the final battle). Oh and you may want to look at User:Yum brahmin's blogs as he's doing that sorta thing to.

Yeah, that would be pretty cool.

Yeah, I can see how you would mess up. For some reason, I got addicted to this site. I guess it's a bad habit now. The funny thing is that I'm working right now too and doing edits. I work from home, for my dad, putting information from files on to a spreadsheet. It gets boring... TrailerParkApe 22:01, August 19, 2010 (UTC)

I wasn't talking about grass. There is an image on the location page of three green shrubs growing behind the trailer in the camp and a note that it's the only green plants outside Oasis. I was there today, on my PS3 GOTY version, standing in EXACTLY the same spot as the person who submitted the PNG on the location page -- I know I was there, I compared trees, rocks, perspective, the compass heading, etc, etc. The three shrubs are not there. The edit was intended to point out that it may not be there in the GOTY -- there's also a note on the talk page about someone not seeing it on the 360, could be they have the GOTY too.

I left a message on the talk page of the guy who made the Tommy Tofini page. It was his first contribution but I don't want to delete it in case it's legit. --Kris mailbox 15:47, August 26, 2010 (UTC)

We are trying to get all the articles decapitlized first. If theres a cleanup issue with the links on the pages Use the Cleanup Template with the Decapitilization project as an explanation. -bleep196- 23:52, August 28, 2010 (UTC)

"A famous early settler was Jack Swilling, who moved here in 1871. His house still stands, and is the oldest building in the community"


If his house is still in good shape, then resiidents might have named it after him. Swilling Canyon, prehaps?


"Black Canyon City has been known by several names in the past, including Goddard, Canon, and Black Canyon"


So you could use a reference to one of those in the name.

Someone has taken interest in you! 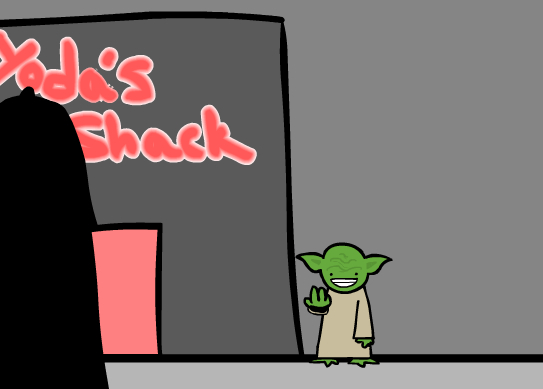 Hey,did you copy one of that guys pages from that vandalism session?

What? Sign this, i dont know who you are, or what your saying. Sparky talk ??? .

We are always alone.

Whats up? I feel alone. Please send me a message.--

Hello Are you there?! Youve been gone for ALMOST A THOUSAND HOURS!!!

Hey sparky, I noticed you haven't been on The Vault a lot. Was just wondering where you've been, lemme know when you get back. Oh yeah, if you gots xbl send me a friend request. -Shadow77777778

To anyone wondering where the hell i've been for about a year, i kinda lost the time and was couped up with other things... but anyways there has been a lot of changes, new frequent editors, the achievement thingy and well, stuff. So i might find the time to come back on here. Or not. But messages are checked :) Sparky talk ??? .

Hello there, you were bugging out in Chat, so I had to kick you. When you want to go back in, contact me, an admin or another mod. Sorry.