From The Vault - Fallout Wiki
Jump to: navigation, search
Welcome to The Vault! 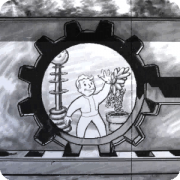 Hello, Malice X, and welcome to The Vault, the Fallout wiki! Thank you for your contributions, and we hope you'll stay with us and make many more.

Some links you may find useful:

If you have questions, you can ask in our forums, join the live chat in our IRC channel or post a message on my talk page. We hope you enjoy editing here and look forward to working with you!

Adding "can be obtained by modding the Xbox 360" is not welcome in the main article space. Make a tutorial and post it on your userpage if you wish, however, do not add such statements to the articles. Modifying an Xbox is against Microsoft's Terms of Service. http://images1.wikia.nocookie.net/fallout/images/0/08/Personal_Sig_Image.gif Tagaziel (call!) 10:12, December 6, 2010 (UTC)

I know its against Microsofts terms of service but it isn't against the wiki terms of service... if you dont like xbox modders thats fine but but the wiki is suppose to provide accurate info and im helpin out... who are you too tell me its not welcome? Last i checked if its accurate its welcome

I'm an administrator of this website and I enforce the rules. As I said, you're welcome to make a forum thread or tutorial on your userpage, however, we do not cover mods, so adding "It can be obtained throughmodding" will be considered spamming articles. http://images1.wikia.nocookie.net/fallout/images/0/08/Personal_Sig_Image.gif Tagaziel (call!) 10:39, December 6, 2010 (UTC)

I looked and it doesnt say anywhere that you are an admin... Just cause you dont agree with something doesnt mean you can call it spam either! and there isnt any rule against putting in ACCURATE info! So if you are an admin where do i report you for being a bad admin? Because this is a wiki and if you are trying to call accurate info spam then thats abuse of admin privileges and thats also being a bad admin...

Look at the policies page. It clearly says NO MODS. Tezzla Cannon

so what you are telling me Tezzla is that if somebody needs to know how to get an item thats only obtainable through modding or console commands you are only allowed to post the console commands one? So this wiki is a lie then? and that there was no modding page after all and that was a figmant of my imagination? really? are you joking with me?

I think you guys both just dont know what your talking about then... I want to talk to a real admin and let them know of you guys where can i do that?

Stop being argumentative. Mods should not be listed. Simple. All the wikis admins agreed with this. Tezzla Cannon

Administration roster, position no. 14: I am an officially accredited administrator of the Vault. Content policy, criteria, point 8: Mods should not be added to articles. Hope that clears things up. http://images1.wikia.nocookie.net/fallout/images/0/08/Personal_Sig_Image.gif Tagaziel (call!) 10:58, December 6, 2010 (UTC)

ahhh i think there has been a misunderstanding then! im not listing mods im just letting people know there is a way to get that item with mods! not linking or doing anything like that

It still falls under the rule. As I said, feel free to create a tutorial on your userpage or the forum explaining how to do it, but refrain from adding such statements to articles. Everything can be added through mods, which is why we do not allow these edits. By the way, remember to sign your posts with four tildes (~~~~). http://images1.wikia.nocookie.net/fallout/images/0/08/Personal_Sig_Image.gif Tagaziel (call!) 11:14, December 6, 2010 (UTC)

OH so thats how you do it! Anyway... if it falls under that rule maybe you should update the policy info to be a lil more clear but until then I'm gonna keep posting my accurate info ty :)

And by update it to be more clear i mean update it so it actually says that? thanks

Malice, I have to give you an official warning. The policy is very clear on mods - they should not be added to the articles, no matter whether it's a plugin or a console modification. You are aware of the policy - ignoring it constitutes a one week blocking offence. Create a tutorial on the forums or your userpage. Do not clutter up the articles. http://images1.wikia.nocookie.net/fallout/images/0/08/Personal_Sig_Image.gif Tagaziel (call!) 12:02, December 6, 2010 (UTC)

Actually the policy says nothing about stating that something is possible through mods maybe you should re read it! I will continue to post accurate info and if you dont like it thats your problem not mine! "Do not clutter up the articles" Well good news to you! I NEVER HAVE! When i find the spot to report bad admins you are the first because you dont even know the policy! You are a joke for an admin... Dont worry you wont be an admin anymore when i find that report spot

From the content policy:
Console modding violates that (see bolded sections), and must not be added to articles. --Kris

Stop arguing. You have been told it is against the rules. Tezzla Cannon

Do NOT add them again. I do not have time to keep reverting your edits. Tezzla Cannon

i have been told that yes but that doesnt make it true... And i dont care if you dont have time to revert accurate information this is a wiki and this is where accurate info goes so IN YO FACE

You have been told by 2 admins not to. Also, "IN YO FACE" is just childish. Also, reverting edits by admins is against policy, and so is arguing with them. Tezzla Cannon

Doesnt matter if i have been told by 2 admins! They are incorrect and i havent reverted any edits by admins and they are arguing with me not me arguing with them

No. They are not wrong. Deadlykris and Tagaziel are good admins. You are on your final warning. Tezzla Cannon

No. They are wrong and its obvious to see! 1. Modding is not illegal which obviously makes " or add illegally obtained information" Void 2. Nothing i have said has gone against "All content needs to abide by copyright regulations." Either so modding IS NOT against the policy and if you think it is still go read it and tell me where because i have read it and not 1 spot says anything like "cannot tell people that you can mod a item into your inventory"

Oh im listening and you are telling me just because 2 admins tell me i shouldnt post something that is correct that i shouldnt post it right? Well nty! And if he was or is a lawyer then he knows its not illegal atleast not in the states because if it was you wouldnt be able to take it too the nearest computer shop and have it jtagged! So go ask him will you? there might even be a wiki on laws! go check it out

Not listening to admins is quite stupid. You have been told many times. You know it's against the wiki rules. Whether it's illegal or not doesn't matter. You can't post it. Stop drawing attention to yourself arguing about it. If you have a problem with this rule then you know where the red cross is. Tezzla Cannon

Looks like its my turn to say ARE YOU EVEN LISTENING? Its NOT against the wiki rules

Here it looks like you could use this http://fallout.wikia.com/wiki/The_Vault:Policies_and_guidelines Hope that clears things up for you

Not all policies are listed there. Tezzla Cannon

You have been told many fucking times by two admins it's against rules. Don't argue. You are wrong. Admins are the leaders of this wiki. They enforce the rules. Tezzla Cannon

Modifyng your xbox 360 console is not illegal as long as you are not making money off it or damaging anyone elses stuff with that said i would like to state that the closest thing i get to damaging other peoples stuff is damaging other peoples transformers with a spawnkill constant effect omega missile throughout the whole match... So now that thats out of the way... you are aware its not illegal which means it does not violate the 2nd above posted policy and as for the first* 1? Doesnt come any closer to being violated! now to the next thing... Posting "You cannot get this item in-game without modding or console commands" is not against the policy because i am not posting any mods and im not proving external links or anything like that im simply saying "hey you want this? get a mod"

Although various policy passages have been quoted, this is the one which is actually relevant here: "All content needs to relate to the games as delivered by the developers; user modifications are not covered by this wiki." (Content policy)

In addition, continually re-adding content which has been remvoed by other editors is considered "edit-warring", which violates our user conduct guideline). Please stop it or you will be blocked. -- Porter21 (talk) 15:22, December 6, 2010 (UTC)

Ahhh finally someone who actually knows what they are talking about! The second part of what you just said though is missing the part about its them who was removing someting i said continually and me just putting it back so that second part doesnt really relate here... I have a question though and im asking Porter21 cause he seems to actually know what he is saying... What if i put instead of "It is impossible to acquire this without the use of console commands or mods" i put "It is impossible t acquire this without the use of console commands or other" ? would that work instead?

Oh and btw dont you mean my account will be banned? cause you cant block people without their IP which i always surf with a fake IP... so its actually i would be banned not blocked :)

I'd simply put "This item cannot be obtained through normal gameplay".
The second part of my previous post does relate here; edit-warring is simply the act of continually reverting each other's changes, which you engaged in as well. Generally, all parties engaged in an edit war risk being blocked; as there were multiple people reverting your changes and trying to solve the conflict through discussion, and you were simply reverting their changes without the discussion being concluded, you run the highest risk of being blocked in this particular instance.
"Blocking" is the term used on wikis for what is called "banning" on forums; it's essentially the same thing. Also, please sign your entries on talk pages with four tildes (~~~~); it makes it easier to see who posted what. -- Porter21 (talk) 15:45, December 6, 2010 (UTC)

Oh yeah i keep forgetting to do that... Okay im going to put "This item cannot be obtained through normal gameplay" later if its not already there but for now im busy playin fallout Malice X 15:48, December 6, 2010 (UTC)