Forum:Issue with Fallout 1/2 on Vista

Ok guys, I seem to have an issue with playing Fallout 1 and Fallout 2 on Windows Vista (32bit).

It seems that, after about a second of running the game, the colours "go crazy". It's quite hard to explain what I'm talking about, so I've attached a screenshot of the Interplay logo with the colour issue. 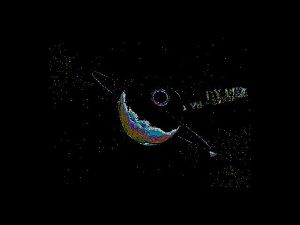 Now, the thing is this only seems two-thirds of the time, other times it seems to run perfectly.

I've tried taking the following steps, but they don't seem to resolve the issue:

Any idea on how to fix this? Any (un)official patches I can install?

Which version are you running, ie: original discs, gog.com etc. But I am surprised the 16 bit colour trick didn't work, as that is the normal culprit.

It's a CD "pack": it includes Fallout, Fallout 2 and Fallout Tactics: Brotherhood of Steel. Tactics runs fine (probably because of the different engine), but Fallout 1 and 2 suffer from the problem I mentioned. EDIT: It's published by "White Label". They're all on the one disk. Lb8068 16:27, May 15, 2011 (UTC)