In this screen, it is shown that the wanderer is fighting tv robots with an awesome gun 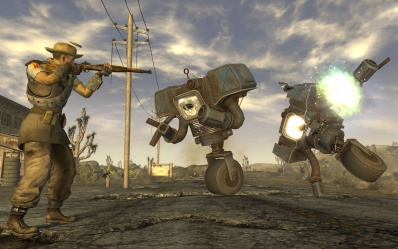 Its not a big deal, but for future reference, the player is now known as The Courier, instead of The Lone Wanderer. That Guy From The Vault 19:07, May 2, 2010 (UTC)

i think hes right, but he did nit have to say it like a dick . it may just be the Trail carbine, but its still sweet. MrDot01